We were contacted by a local dealer to rebuild an engine for a 2011 Audi TT. This Audi has the EA888 2.0T TFSI engine designation. Vehicle came off the transporter with a misfire on cylinder 1. Quick inspection showed heavy oil deposits on cylinder one spark plug and very low compression. Cylinder head was removed and further carnage discovered. Someone opened this engine once before. Head gasket mating surface was ground with a 3M Roloc disk. Cylinder 1 showed heavy scoring and a chunk of aluminum found in oil pan. It wasn’t until full disassembly was performed that actual failure was discovered. Engine was disassembled, cleaned, and all components inspect. Broken piston on cylinder 1 was the culprit. Audi dealer left very few cost effective repair options. Factory pistons cost ~$350 each and only available in standard size; not an option since cylinder was damaged and required oversize machining. We chose to design a set of forged pistons with stock compression and 0.5mm oversize bore to repair damaged cylinders. 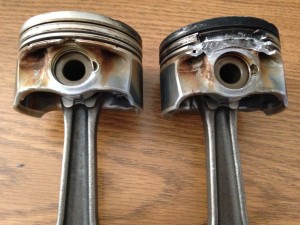 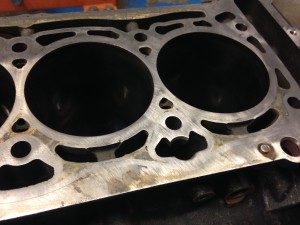 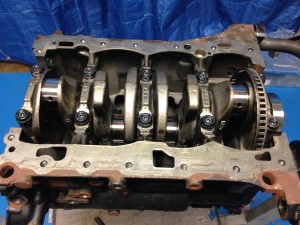 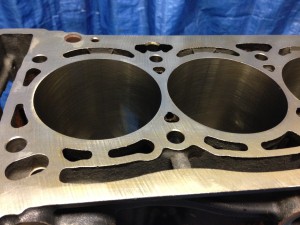 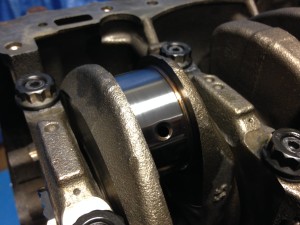 Pistons: PRE custom forged pistons were made for this engine. No other piston is currently available on the market for this engine. There several forged piston manufacturers who make Audi/VW pistons, but they are all designed for the older 1.8T and 2.0T engines which use smaller piston pins. Audi chose to use 23mm piston pins which are DLC coated since connecting rods do not have pin end bushings. Our pistons are made to reuse factory DLC coated piston pins. Each piston pin length and end play was measured. 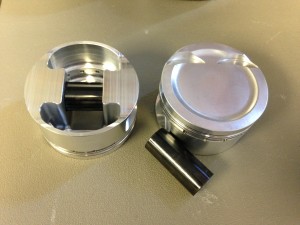 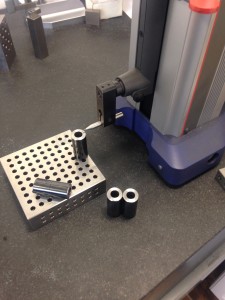 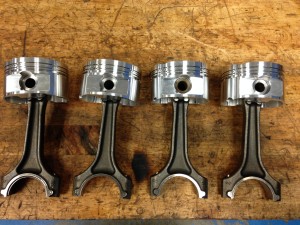 Bearings: OEM main bearings were sourced from Germany for this engine with extensive lead time. Connecting rod bearings are expensive so PRE chose to develop a cost-effective high performance option. This was a collaboration with ACL using their Race series bearings with tri-metal metallurgy. OEM bearings are bi-metal aluminum construction. OEM bearings can be cheaply manufactured, but not intended for high performance use. 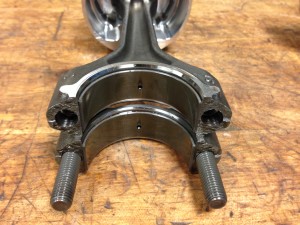 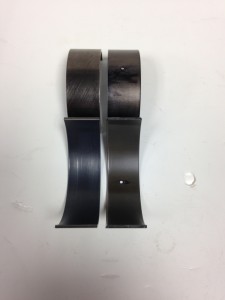 Machining: Valve seats were in decent condition and did not require machining. Valve faces were reground and valves hand-lapped. Seating was checked and confirmed. Valve stem seals replaced and cylinder head reassembled.